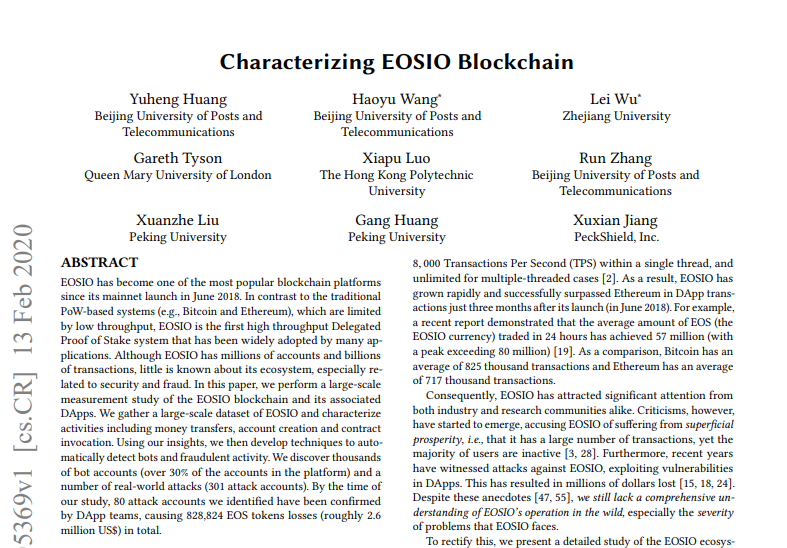 Although EOSIO is the first widely adopted high throughput Delegated Proof of Stake system with millions of accounts and billions of transactions, little is known about its ecosystem. This paper performs a large-scale measurement study of the EOSIO blockchain and its associated DApps, develops techniques to automatically detect bots and fraudulent activity finding thousands of bot accounts (over 30% of the accounts in the platform) and real-world attacks (301 attack accounts): 80 attack accounts identified have been confirmed by DApp teams, causing 828,824 EOS tokens losses (roughly 2.6 million US$).

We use cookies to ensure that we give you the best experience on our website. If you continue to use this site we will assume that you are happy with it.Ok